FolkStreams » The Land Where the Blues Began

FolkStreams » The Land Where the Blues Began
Posted by the Scrapes at 1:48 PM No comments: 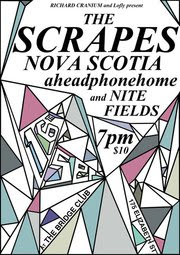 This weekend is Shedstock. If you don't know what that is then too bad. There will be photos soon I'm sure of this strange and mysterious event...

16 September shall be a performance at the Bridge Club which is ostensibly a room in the Brisbane Irish Club in the city.

Upcoming: James Cruickshank + The Stress of Leisure + The Scrapes 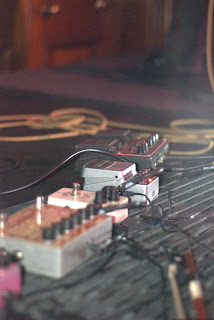 Check this shit out:

Tell everyone you know about it....every one. James is a legend in Australian music, having played with billions of people and in particular the Cruel Sea and that short-lived but fairly amusing band the Ladyboyz with Tex Perkins et al.

The Stress of Leisure is a band full of Brisbane stalwarts such as poet and performer Pascalle Burton.

Anyway Adam has played with James on a few occassions in the past and he may well be hopping up on stage on the night to play with him again. In Scrapesland we'll be blowing thine minds with some newies and some oldies and we've recently added a new member to the band....well really it amounts to about 500 new members...that's right we bought a second loop pedal...that's right not one but two loop pedals for the price of one...fuck yeah....

Ja ja $25 seems like a bit much but it's not! You cheapskate. And the booze is really cheap at Beetle Bar. No excuses whatsoever.

And yes he's Adam's brother.
In further news....The Scrapes have launched our new bandcamp site thing and we've put up an old/new piece for you to taste before you eat the whole sheet when the new album comes out later in the year. This piece, Prison Hall, costs you as little as 50 cents....50 cents like that rapper that sucks...50 cents...anyway here is the place to go to do that: