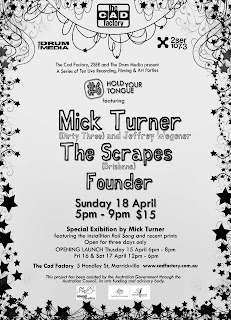 Posted by the Scrapes at 5:23 PM No comments: 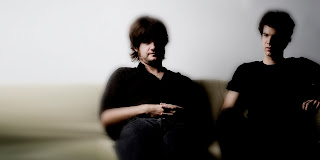 Electric Mourning Blues by The Scrapes

If you are an enthusiast of the following, duos, strings, sulking guitar, the crescendo and a connection between music and landscape then you will enjoy the new album Electric Mourning Blues from Brisvegas boys The Scrapes.

The album tour is presented by Sound Travellers, a grant body that sends rather tasty music on a journey across the country, and is stopping in at our lovely lounge room The Front Gallery in April.

The album jangles and scrapes us into works that are wedged somewhere between abrasive and beautiful. Telling elements of perhaps pain, mysteriy and that beautiful thing called sacrifice, if not intentional I picked up on the vibe.

The title track of the album is gold and without seeing it performed live it stands on its own as a recording. The rumbling of a threatening hum and pulse behind epic and emotional violin accompanied by slight instrumental feedback and deep distortion sends you into a contemplative mind set.

The rest of the album is hot in the dark shade, with clean guitar which peaks into natural distortion over a violin that moves up and down like your looping through the hills and down into the valleys, somewhere out in the haunting country side.

Do yourself a favour and come along to the album launch at The Front Gallery Friday 16 April 2010 to see these guys play the tracks and pick up a copy of the album. In support will be JW Sparrow, who's weeping guitar will fit nicely along side the duo of The Scrapes.

The album you've been waiting for is here. Currently one can purchase it from us personally at one of our gigs for $15 (that's AUD for those of you who are wondering). If you want to order a copy of it at this stage then send us an email to:

And we'll get round to sorting out your order for you. The album will also be stocked in certain English record stores including Rough Trade and Second Layer in London so for those of you in the UK you'll be able to pick it up from those stores in the coming months.

We're aiming for an April/May release and we will be having our launch at the Troubadour in Brisbane's horrifying Fortitude Valley on the 21st of April where we'll be joined by our good friends Sky Needle and Heart Flew Like an Arrow (http://www.myspace.com/heartsflew)
Also you can read up a little about us on the Troub website http://www.thetroubadour.com.au

We'll keep you posted as release details are unfurled....

While you're here go to http://afistinthefaceofgod.blogspot.com and download the new Fenriz Trapped Under Vice mix tape as it is fucking awesome! 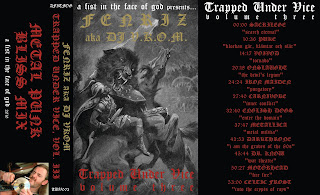 Posted by the Scrapes at 4:42 PM No comments:

Rave Mag interview March 2010...Launch will actually now be with Heart Flew Like an Arrow NOT Muir...

Posted by the Scrapes at 3:20 PM No comments: 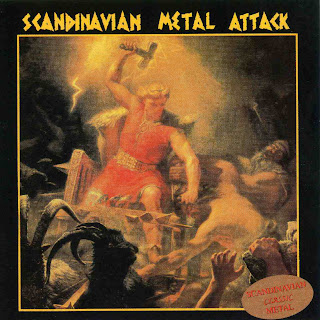 Ha ha ha Scandinavian Metal Attack....classic Swedish compilation from the 80s...great Bathory tracks and the rest is just hilarious...but hey it's got soul!

Creature Discomforts is an album by Ryan Potter and Miles...something or other...go to Reilly Smethurst's blog (listed up to your right there) for a free download! It's well worth your while! 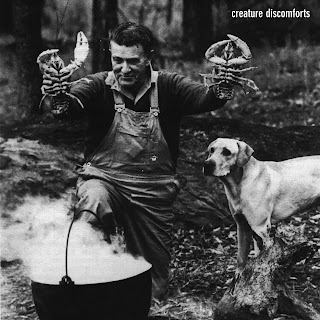 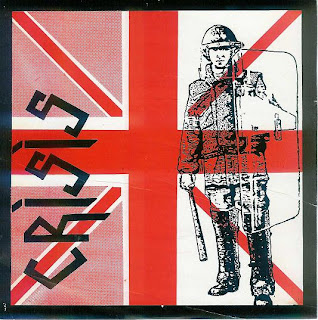 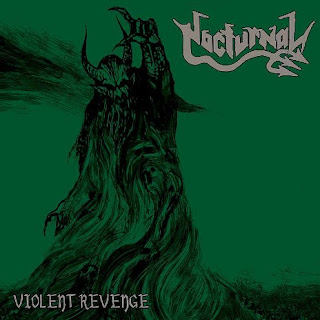 Above: Crisis were Death in June before they were Death in June...I love DIJ a lot and Crisis is fucking brilliant as well....thanks to BlackNoise and BastardSounds blog for posting this rare little single http://blacknoisebastard.blogspot.com
Nocturnal fucking rip....that is all...great modern German 80s revivalist Thrash Metal!

Above here we have Les Rallizes Denudes or Hadaka No Rallizes....the greatest Japanese band of the psychedelic 60s in my opinion...true revolutionary music in every way! This compilation "Flightless Bird Needs Water Wings" that I ordered from the ever amazing Head Heritage store really shows the beautiful noise these motherfuckers make. So go to http://www.headheritage.co.uk and buy it yourselves ya bastards ya!

Posted by the Scrapes at 1:58 PM No comments:

Tour dates and new poster for the tour! 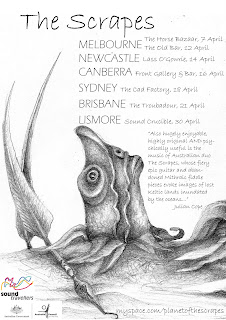 Posted by the Scrapes at 1:55 PM No comments: